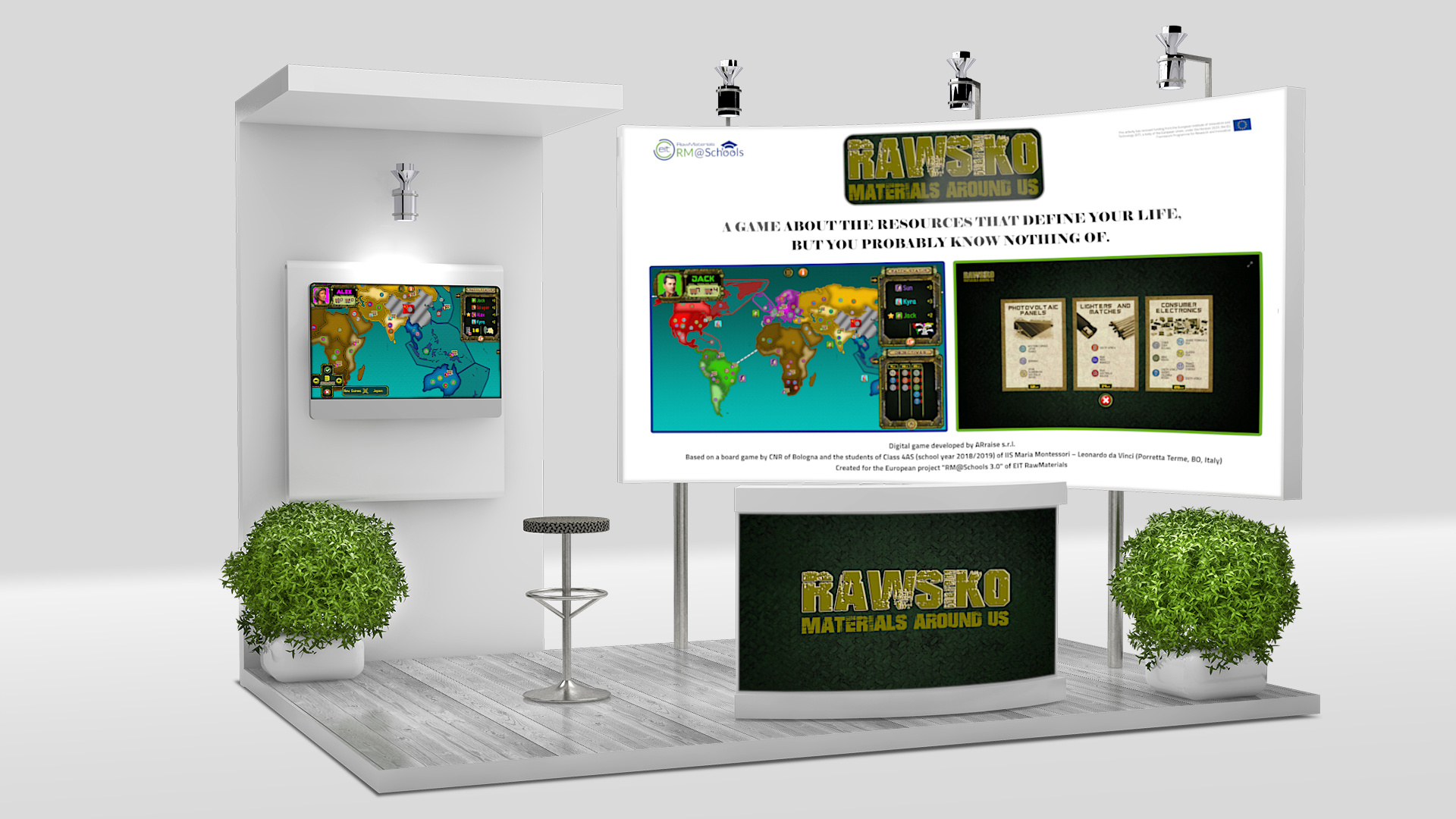 A game based on Risk, but focused on the issue of critical raw materials and their availability on the international stage.

The game is set in a future where China, which is the largest exporter of critical raw materials, decided to close its borders preventing any and all contact with the rest of the planet. In the face of this decision, a desperate “raw materials rush” has begun.

Each player is at the head of a huge company active in several industries (indicated by the Objective Card they receive at the start of the game), that will be allocating its Assets (represented by the in-game pawns) all over the world to secure the critical raw materials it needs and keep other competing companies away from them.

During this activity, first the panellists will introduce the game and explain its rules, then all the participants who wish to do so will be able to play the game themselves, with the possibility of asking questions to the panellist in real time.

In order to play you must download the executable file of the game and have a Windows PC with internet access. The latest version of the game can be downloaded at !!this link!!, after inputting the password "Rk1App". The game is still in development, so there will be missing functionalities and you might experience bugs. Moreover, currently the servers only support up to 100 simultaneous players, so if too many people will connect at the same time during the workshop, for some it won't be possible to play immediately.

RAWsiko was created as part of the European project "Raw MatTERS Ambassadors at Schools", promoted by EIT RawMaterials.

RAWsiko was developed as a tabletop game by CNR of Bologna and ISS Maria Montessori – Leonardo da Vinci (Porretta Terme, BO, Italy). The digital version of the game is developed by ARraise s.r.l.